There’s no set path for a hair stylist to take. Every person comes to the profession with a unique viewpoint and experience, and Brandie Kekoa, owner of Be Kekoa Hair Studio in Sola Salons Temecula, CA, and founder of the Be Kekoa product line, is no exception. As a 3rd generation stylist, the profession is in Brandie’s blood. But her passion for natural hair and education has evolved along the way. 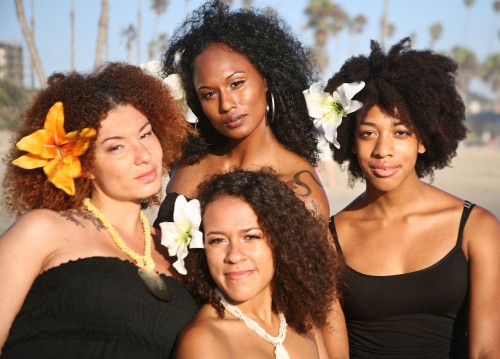 Brandie started out in a traditional salon, and says that coming to Sola gave her the push she needed to take her business to the next level. “Sola made me up my game,” Brandie explained. “When I was at a 10-chair salon, I didn’t have much of a relationship with my clients, and the other stylists were a little bit of a distraction. Now I appreciate and know my clients one-on-one. There are no distractions.” In the past two years, Brandie has gone from a standard salon space to a large and now a double. “I have someone who answers the phone and takes appointments,” she said. “I have someone who washes and blow dries hair. I’ve stepped up and taken responsibility. I like that I’ve become more professional, and people have given me more respect because of it.”

Eight years ago, Brandie stopped relaxing her hair after she developed scarring alopecia. She became focused on educating herself about natural hair, and how to best care for the health of natural hair while still creating beautiful styles. When Brandie decided to do the big chop and cut her hair off, natural hair wasn’t as popular as it is today. There weren’t as many product options for curly haired girls, and she couldn’t find one that worked the way she wanted it to. So about four years ago, she started developing her own line. Brandie started developing her product line in her kitchen, mixing up different recipes and trying them on herself while she honed the product.

Although it was in motion for a couple of years, making the move to Sola ultimately allowed her to propel her product line forward. Scott, the Sola Salons Temecula owner, really helped motivate her to take her business to the next level. “[Scott] was awesome. He constantly checked in and made sure that everything was good. There was a constant uplifting attitude,” Brandie explained. “He encouraged everyone there. He was so positive and said that it could be done and to breathe. So with him saying that, and giving encouragement, I said, ‘You know what? I’m going to launch my own product line!’” So Brandie took the line from her kitchen into production, working with a cosmetic biologist to create a range of conditioners and smoothing treatments created specifically for the curly girl. She gave one of the first samples to Scott. His wife loved the product, so she started selling Be Kekoa products in her salon. 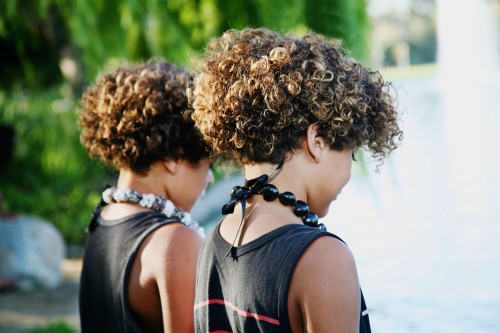 Brandie has not only become passionate about educating herself on the care of natural hair, but educating other hair stylists and her clients as well. As she expands her line and offers her products in other salons, she requires natural hair education to go along with it. She’s also a guest speaker at the Paul Mitchell School, and she treats every appointment as an opportunity to empower her clients through education. “I want my clients to leave my salon knowing how to style their natural hair,” Brandie said. “I want them to be proud of it, and feel good about themselves. I’m passionate about my profession. I love the feeling I get when I do a big chop and someone leaves happy. Or I’m able to spring their curls back. That feeling is the best.”