The holidays are in full swing at Ryan Stillman’s salon – The Proper Dandylion at Sola Salons in Charlotte, NC – where cider and spiced cookies are just the beginning. Ryan woos his guests with stunning holiday displays and raffles, and he likes to “keep it classy,” he says, with seasonal décor and music, too.

“I have a very personal approach to client care year-round,” Ryan adds, noting, “I make espresso drinks for each individual client and keep a cooler stocked with Kombucha and coconut water.” 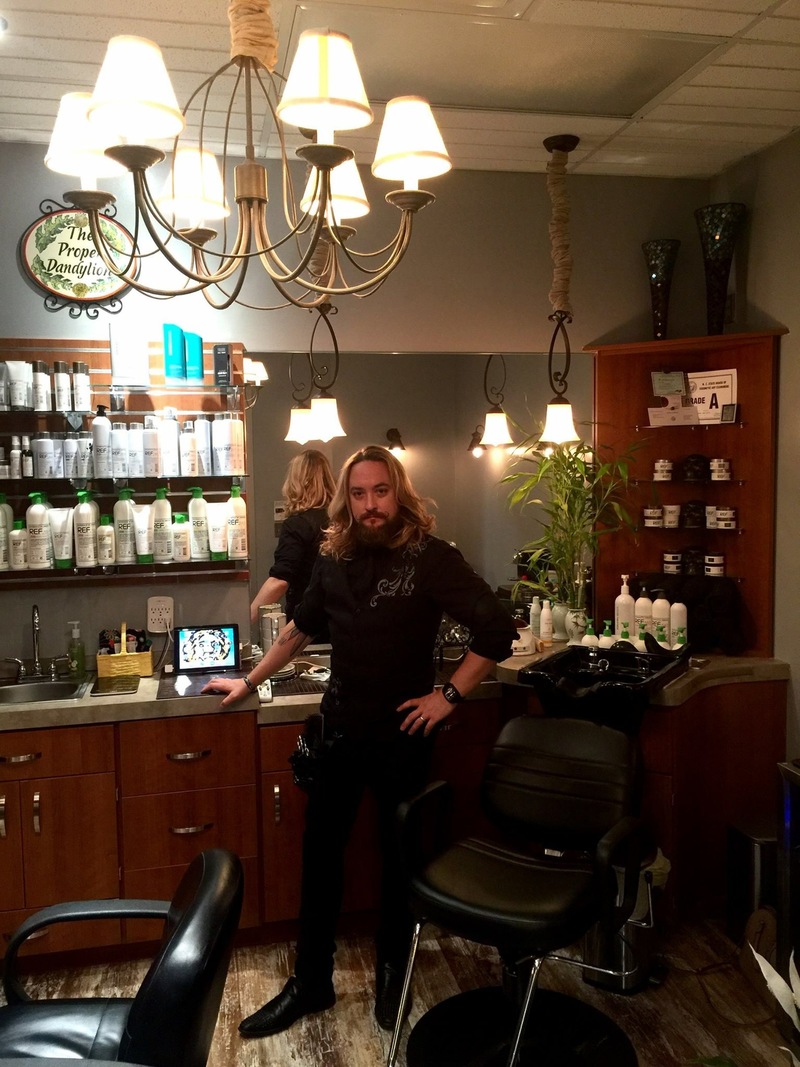 These charming touches won’t surprise anyone who knows Ryan: Down to his curly hair and waxed mustache, the exuberant entrepreneur is a bona fide Renaissance man – or, rather, “a gentleman,” as he puts it – with an array of talents ranging from painting and gardening to cooking. In fact, the stylist originally entered the workforce as a chef!

“I always loved hair,” Ryan admits. Growing up in Virginia Beach – under his big sister’s guidance – Ryan learned to braid hair when he was 14-years-old. He practiced his cut and color technique on his mom, who, Ryan says, had curly 80s hair that was a real pain to work with.

When Ryan’s sister passed down her shears to Ryan, the budding hairdresser quickly “moved on to doing funky colors on friends,” he says. Hair was a good way to make cash, but Ryan’s dad had other plans for his only son. “He wanted me to go to the Navy, and our compromise was culinary arts school,” Ryan says.

But even the best-laid plans often go awry. Ryan didn’t finish high school, and he didn’t make it to culinary school, either. “I worked my ass off in the restaurant industry,” he says. And, people noticed Ryan’s drive and finesse.

By twenty, Ryan had opened up a catering company in Virginia; he worked for a garden shop, too, until he and his husband, Don Getz, co-owner and manager of The Proper Dandylion, relocated to North Carolina.

Around that time, Ryan’s mother was diagnosed with Alzheimer’s, and Ryan and Don “started eating better and being more conscious about living a healthy lifestyle,” Ryan explains.

When he decided to enroll in beauty school, the Aveda Institute was a natural fit. “I loved it,” Ryan says, adding, “I did really well, and graduated two months early.” Ryan took a job at CarmenCarmen, where he cut his teeth in the industry while building up his clientele.

“I was successful there, and was getting ready to become the artistic director,” says Ryan. And, that’s about the time he decided to fly solo. Last spring, Ryan learned about Sola Salons from a mentor, and when a suite became available in May of 2016, Ryan jumped at the opportunity to own his own business. 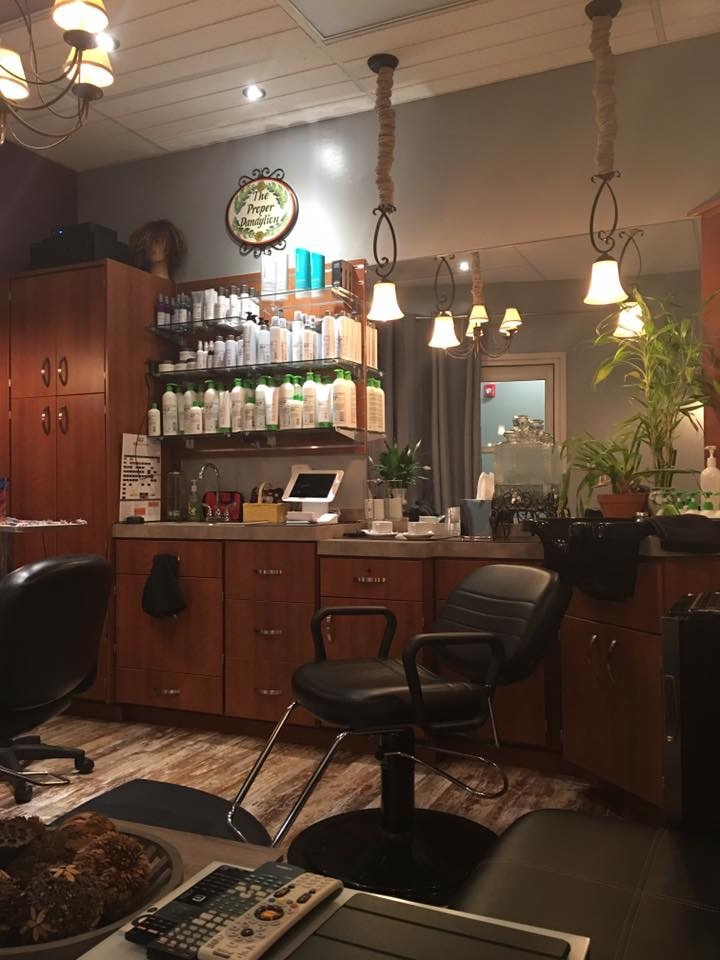 As Don explains, “Sola lets you focus on the things that revolve around being a good stylist, rather than being a good landlord.”

From the get-go, Ryan concentrated on customer care and, also, branding. “The name of the salon — that’s a hard story to tell,” Ryan admits. But he’ll give it a shot.

“I’ve always been the special flower,” Ryan begins. “Everyone tells him he’s a proper guy,” Don interjects. “People have told me I look like a lion, too,” adds Ryan. “But,” he says, “I’ve felt outcast, like a weed.”

When it was time to craft a name for his new business, Ryan merged the aforementioned elements, and developed a double meaning that’s quirky enough to match the salon owner himself!

The Proper Dandylion fits with Ryan’s penchant for stocking his suite with all natural, eco-friendly and vegan products with amazing scents attributed to macadamia, argan and coconut oils, and hints of lingonberry and blueberry, too.

“Being a chef, I care about what goes into the body,” Ryan begins. “Your skin, especially your scalp,” he says, “absorbs everything you put on it.” Ryan, then, wanted to provide his clients with a product line devoid of harsh chemicals — and even his carnivorous patrons appreciate the effort. 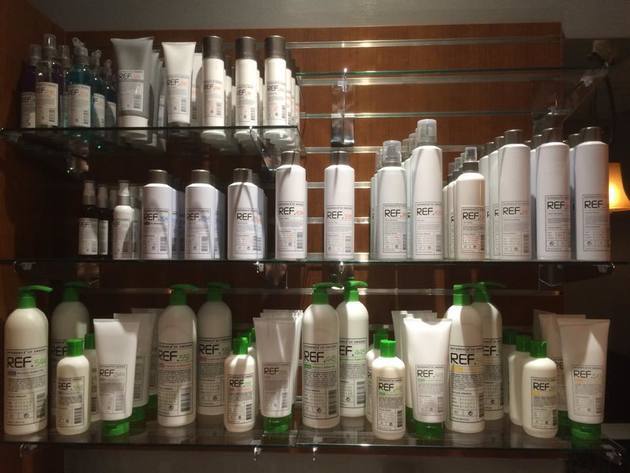 In the meantime, Ryan is planning to double in size in the New Year. “That’s how inspired I am,” he says.

“At the moment,” Don adds, “we’re torn between growing the size of this salon and opening the studio next door as a unique concept.” Either way, Don says, “We are going to get bigger, and we are going to grow. And we know it will be done at Sola.”