“My high school boyfriend’s sister did hair, and she was somebody I looked up to,” recalls Calynn Colceri, a ten-year industry veteran who took “a true leap of faith” last spring when she ditched booth renting for salon ownership, signing her lease with Sola before the Phoenix location’s walls were up! 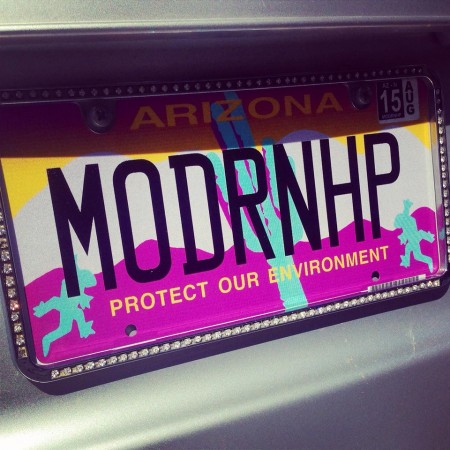 A drastic transformation like that might shock some. But Calynn’s always been the type to dive in headfirst and come out swimming with the stamina of Michael Phelps. When she realized beauty school was her calling, Calynn finished high school a year early and enrolled at the Toni & Guy Hairdressing Academy in Scottsdale, Arizona, where she again graduated early after being certified in the school’s custom cut and color techniques.

Color, in fact, is what inspires Calynn most. “I’ve always been a creative-minded individual, and I have a great eye for color,” she says. Calynn’s clients all have different tones — and, that’s just fine because it means Calynn’s constantly getting to play with hues, mixing and matching and making everything custom. Continuing education has helped Calynn set herself apart in a crowded, fast-paced industry, and she has become a master colorist in lines such as Schwarzkopf Professional, Matrix, Redken, Keune and her newest one, Beth Minardi Color. 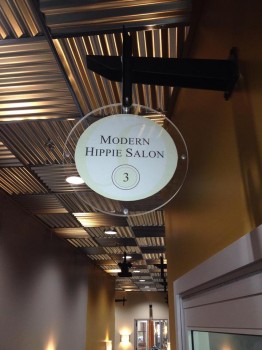 When Calynn moved to Sola, she “got a bonus in product cash, and that was huge,” she says. When selecting the color lines and products she’d carry at her boutique, Calynn was concerned about quality, of course, and also opportunities for ongoing education. “I’m not a pushy salesperson,” she says, explaining, “I’d rather educate my clients on a product, and if they need it, they’ll buy it.”

In order to keep clients informed, Calynn needs to know, well, everything! And, she takes it upon herself to make that happen. Smart products choices — that’s just one of the ways Caylnn’s constantly looking to advance her career, which is what salon ownership through Sola was all about. “I was in a stale situation at previous salon. I wasn’t making any progression, there was no way to move up and I wasn’t getting any busier,” Caylnn says.

When she saw a Sola sign pop up near her previous establishment, Caylnn called the number immediately and set up a meeting with Sola manager Avery Gavigan. “Avery and I built an amazing friendship,” says Caylnn. “It was scary going from an established salon to running my own business, but I’ve probably tripled my revenue and have learned more in nine months than I did in the past ten years,” the stylist continues. Financial freedom is fabulous, but it’s autonomy and control that really confirmed Caylnn’s choice. Before coming to Sola, she’d rented a chair from another stylist, and he didn’t keep his studio clean.

Now, Caylnn’s quarters are always tidy, and her funky orange leather chair has gained celeb status among her clients, who intuit Caylnn’s genuine excitement with her new digs and are constantly referring friends. “I actually have something to brag about now,” Caylnn says. The Modern Hippie – that’s the official name of Caylnn’s salon, a concept born from an inside joke between Caylnn and her mother – really is boastworthy. The place has character and personality, just like its owner, who may not be a “tie-died, hemp necklace wearing hippie,” but has a laidback, bohemian spirit that drives business. 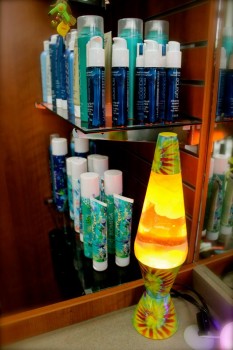