“I always wanted to do something in the beauty industry,” says Sharon Hinkle, owner of Blend Studio at Sola Salons Tacoma. Problem was, Sharon hadn’t figured out what, exactly, that something was. 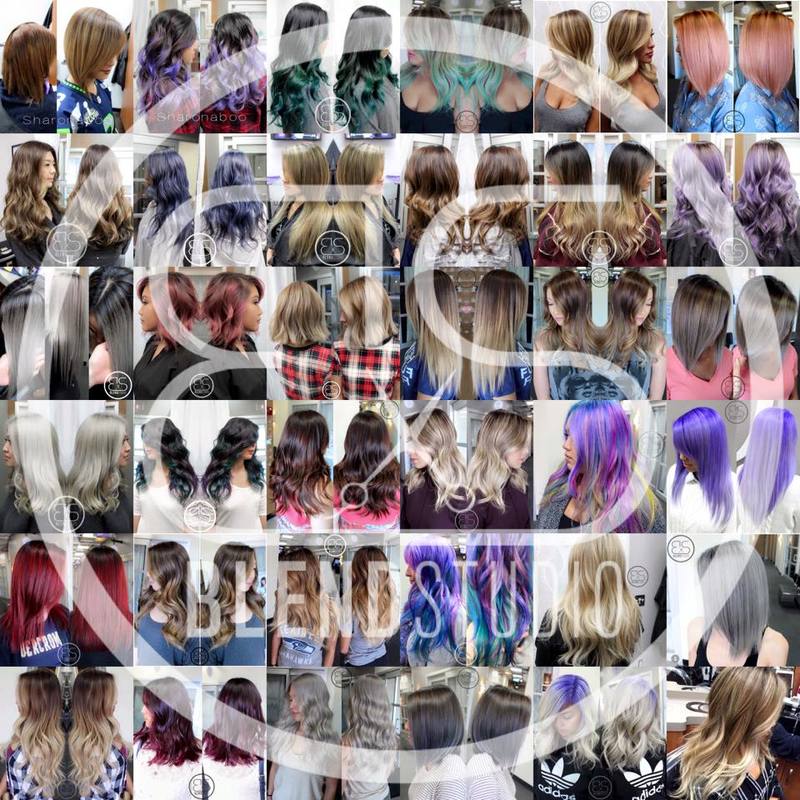 After high school, she enrolled in cosmetology school because, “It looked fun,” Sharon says. It was during her tenure at post-secondary school that Sharon fell in love with hair. “I suddenly knew it was what I wanted to do,” she says.

Sharon wouldn’t be doing hair in her hometown, though — not at first, anyway. The young stylist got married, and her husband joined the military, which landed the couple in Georgia for two years. During that period, Sharon worked as an apprentice at a local salon, and learned the ins and outs of the business.

From Georgia, Sharon and her husband were sent to Germany for four years; Sharon opened a salon out of her home while stationed overseas, and did hair for women in the military. The stylist enjoyed what she was doing, but says that the set-up wasn’t ideal.

“Having a salon at my house was convenient, but it wasn’t really professional,” Sharon explains, adding, “It wasn’t something I wanted to do long term.” Sharon had to be very selective with her clients while operating a business from her home, and she only cut hair based on referrals.

When her husband’s stint in Germany ended, the Hinkles were transferred to Las Vegas, and Sharon found herself cutting hair out of her home again, until her husband left the military altogether eight months later.

In December of 2014, the couple moved back to their hometown in Washington. By then, Sharon knew she had what it took to run a successful salon — and, she also knew she needed a professional, brick-and-mortar space to operate from.

“I heard about Sola when I was in Vegas,” Sharon says. She’d even met a few stylists who’d built their businesses through Sola.

“Studio rentals aren’t big in Washington yet. When I heard they were building a new Sola in Tacoma, I contacted the manager right away,” Sharon remembers. She started her paperwork for Sola while she was still in Vegas — before her studio was even built!

With administrative details out of the way, Sharon was able to start working two days after she’d relocated to her hometown. And, the transition into a new environment was surprisingly simple.

Keep in mind, Sharon had never cut hair in Washington, and didn’t have a single client there. That said, the savvy stylist knew a lot of people in Tacoma, and she’d been building an online following on Facebook and Instagram for the past six years. Folks were familiar with Sharon’s work. “When I posted that I was coming back, it was easy for me to fill in people right away,” she says.

Business, Sharon reports, has been good. “This is probably the biggest my career has been, and it is getting bigger,” she says, noting that she’s currently booked about seven weeks out, and can’t accept new clients at the moment. “Not taking new clients — that says a lot,” says Sharon.

The stylist feels more comfortable working in a professional salon environment. Having cut hair from her home for so long, she appreciates the privacy afforded by Sola’s suites. “I like that the studios are really clean, and everything is neat and tidy,” Sharon adds. 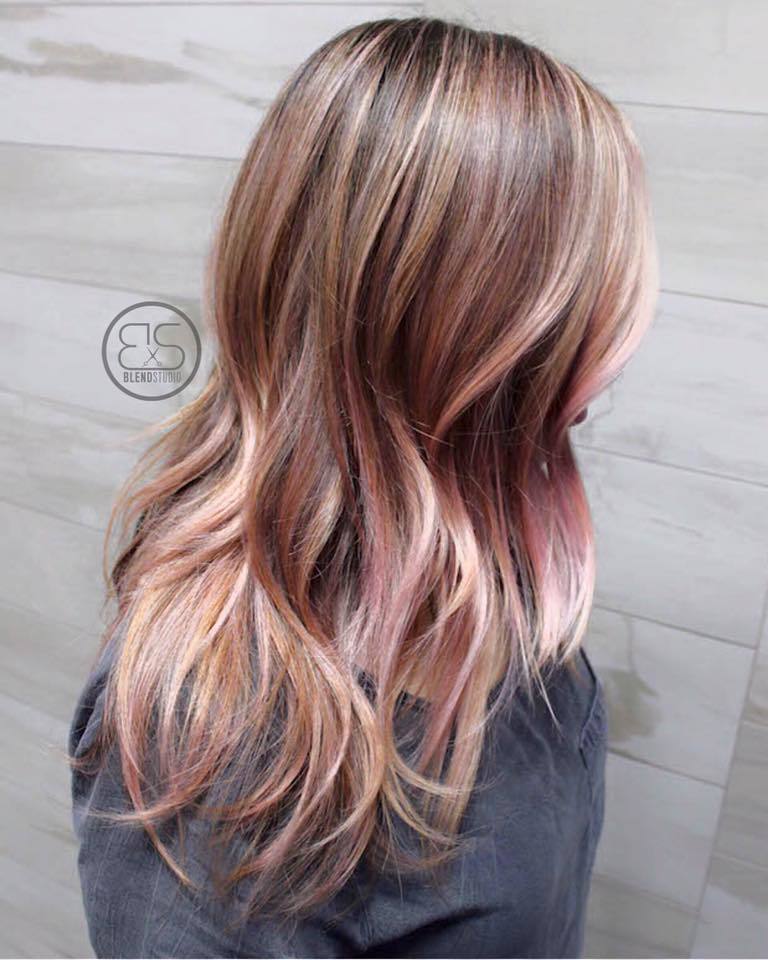 Sharon still specializes in women’s cuts, and she does custom color, too, keeping up on all of the latest trends from her new studio. There’s a lot that Sharon doesn’t do: perms, extensions and men’s hair, for example. “It’s smart to focus on a niche set of services,” says Sharon, adding, “It’s even hard to be really good at cut and color only. And, I’d rather be really, really good at two things than mediocre at ten.”

Clients appreciate that, and they appreciate the time Sharon devotes to them, individually. “I don’t take a lot of clients during the day,” admits Sharon. Typically, she’ll do two full cuts and colors daily, spending an impressive four to five hours with each customer. 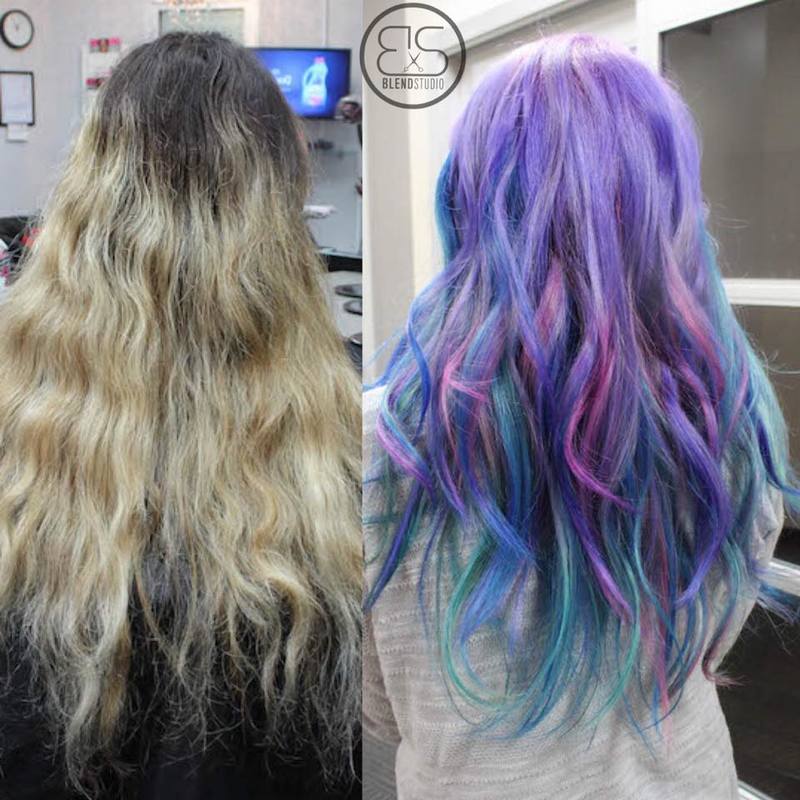 “The emphasis is on quality over quantity,” Sharon summarizes. And, that philosophy works: Sharon’s business saw a healthy revenue stream during its first year, and the stylist is excited to see how she grows this year.

“People ask if I’m going to expand, or have people work under me,” Sharon says. “Maybe in the future…” her voice trails off. For now, Sharon says, she’s happy exactly where she is.