“I kind of fell into hair,” says celebrity stylist Sade Williams, explaining, “Growing up … instead of being in class, I’d be on the staircase at school braiding hair.”

The New York native went to college — but she never quite found her niche there. After graduation, she promptly entered beauty school. “That,” Sade says, “felt very predestined.” 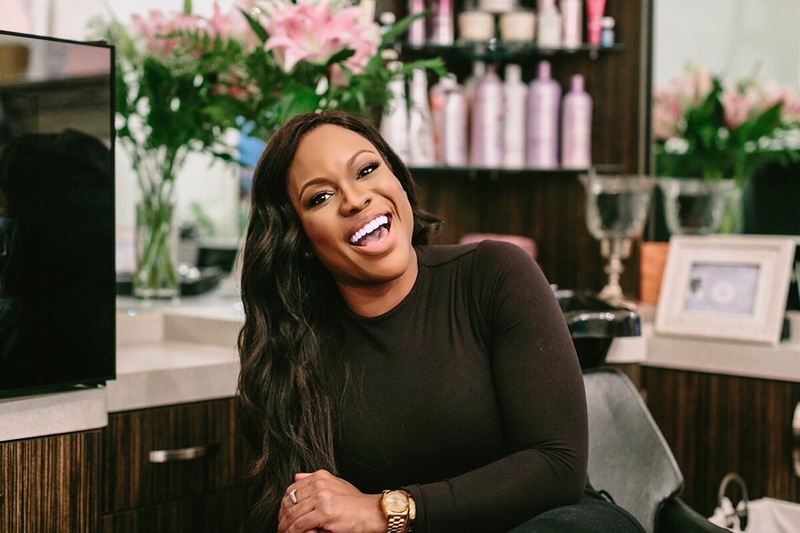 Sade got her feet damp at a mom-and-pop salon in the Meatpacking District. A few years later, though, she “wanted to grow in the industry,” she says. Sade had no idea how far she was about to go.

“It was the luck of the draw,” Sade says about landing a job with renowned celeb stylist Ted Gibson. “I wrote him an informal email, and he ended up hiring me a week later,” she explains, adding, “I didn’t think I’d actually get the job.”

Under Ted Gibson’s auspices, Sade had “some really iconic moments,” she says, recalling one specific one in 2010: “I was responsible for Gabby Douglas’s big hair change when she won the Olympics,” Sade explains.

During her seven-year tenure at Ted Gibson’s salon, Sade became a popular stylist to the stars, tackling an impressive and diverse clientele: Serena Williams, Kelly Rowland, Gabrielle Union, Jane Krawkowski, Lavern Cox and Eve, among many others. She dabbled in editorial, too, and her work has been featured in top publications ranging from Teen Vogue to Allure, Essence and Cosmopolitan. 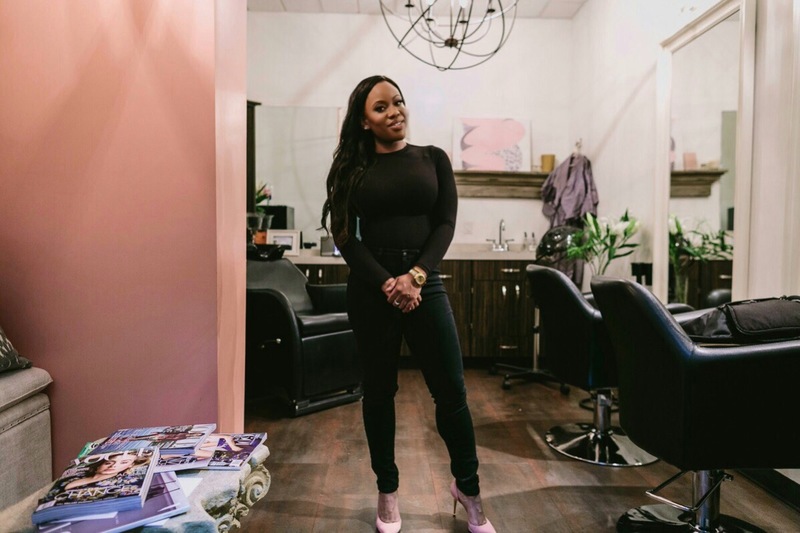 Yes – in case you’re curious – Sade was somewhat star-struck — but only in the beginning. “Being an assistant, they teach you how to deal with things like that; you learn to keep your composure,” she says, adding, “After a while, it becomes second nature.”

In addition to landing gigs of a lifetime, Sade also “learned how to lure clients and be behind the chair,” she says. And, equally important, she learned how to run a successful business by watching Gibson run his.

“That salon was really my big breakthrough moment,” Sade reiterates. And, while she “loved the journey,” the time eventually came for Sade to strike out on her own.

“I left because it was such a big brand, and I wanted to brand myself,” she clarifies. Sade was one of Ted Gibson’s busier stylists. “It was hard,” she says, “because outside jobs would want me, and editorial jobs would want me — but when you’re in the salon you have to choose one or the other.”

That revelation – knowing “it was time to walk,” as Sade puts it – didn’t make Sade’s exit any easier. “That was my home, and it was scary leaving,” Sade admits. After all, she points out, “You gain a lot of confidence having a big brand supporting you.”

In 2014, though, Sade began renting a chair at an area salon — and that was the stylist’s segue into salon ownership. 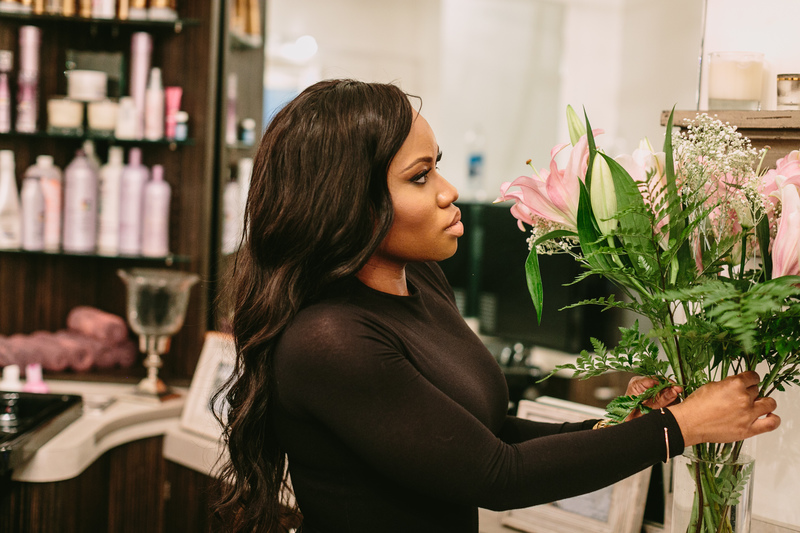 Sade might have been in control of her business, but she wasn’t exactly dictating the salon’s environment. “When you’re renting a chair, it’s someone else’s salon, and they’re making revenue off of you; you have no say in how the salon looks,” says Sade.

Still, booth rental gave Sade a “sense of freedom,” she says. When the salon she was operating out of closed its doors in March of 2015, Sade had to make a move, and quick.

Sade found herself facing another fate-felt moment when she learned Sola Salons was debuting in New York City — right as her previous salon was folding. “It was kind of a sign,” Sade says, noting that she’d heard of Sola in other states, and was interested in seeing just how much she could grow as a boutique salon owner bolstered by an established corporate brand.

“I knew Sola was right for me because all of the amenities,” adds Sade. Finally she could decorate to her liking, name the salon what she pleased and choose whether to hire an employee or fly solo.

Sade opened the Sade Milinda Studio last June, and that transition was straightforward. “Because I had formal training and had already had a chance to implement what I’d learned while renting a chair, moving to Sola wasn’t scary at all,” Sade says. 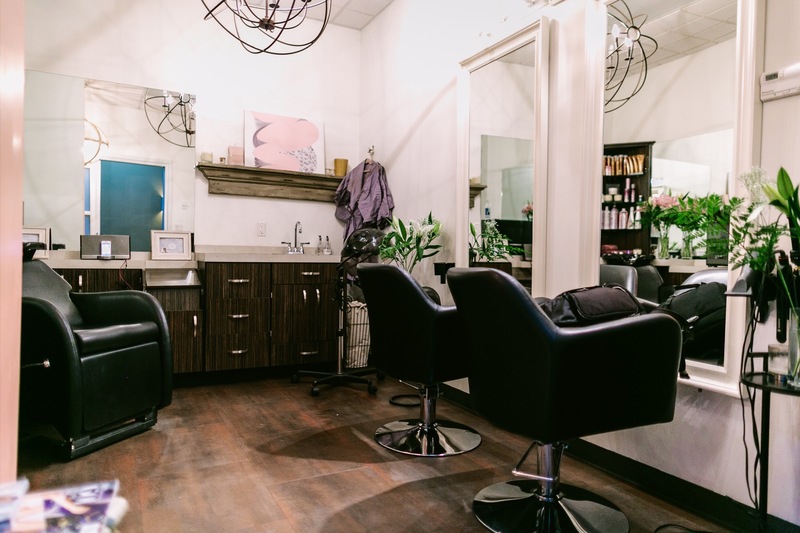 Sade’s still a go-to stylist for beauty editors and bloggers, and celebrities, too; she also spends ample time behind the chair with her loyal clients, some of whom have stuck with her for eight years! Many of Sade’s clients were accustomed to a luxury salon environment — and the savvy stylist easily replicated that at Sola by bringing on an assistant to enhance her pristine suite’s spa-like vibe.

“Most of my editorial clients are also in-salon clients as well,” Sade says. Editorial and everyday looks – you’ve likely intuited – can differ dramatically. When it comes to high fashion, “You aren’t giving them something practical,” Sade says. But, practicality is actually what defines Sade’s brand: Sade has an uncanny ability to turn trendy styles into everyday looks, and she’s well-known in the industry for styling of what she calls “natural hair.”

“What I like to do,” Sade says, “is create cuts and styles clients can recreate at home. I’m really big on client education,” she continues, adding, “I want my styles to be natural and effortless for my clients.”

Entrepreneurship wasn’t necessarily something Sade had hoped to achieve — not initially, anyway. “Sola,” she says, “made it very easy to transfer into that, without having to choose between working with celebrities and taking care of my clients. There are so many stylists who don’t know that they can have this lifestyle.”