Entrepreneur Nicole Digilio – owner of the Gypsy Hair Lounge at Sola Salons Port Jefferson Station – keeps a sign on her door. “Good Vibes Only,” it says — and, that mantra pretty much sums up the stylist’s new business mentality. 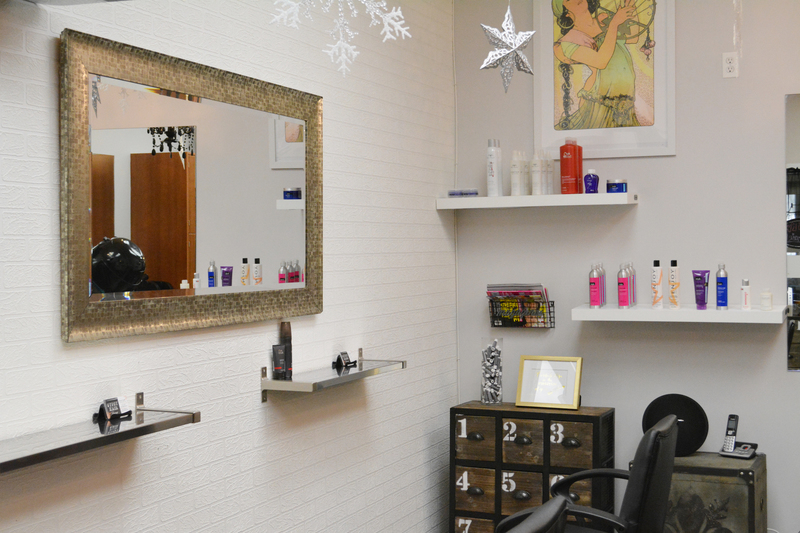 Launching a salon, Nicole found, is all about cultivating good vibes —the positive, intimate atmosphere that drives in clients in herds. At Sola, that’s been easier than Nicole expected.

“My mom and my dad, they owned a salon in the area,” says the Long Island native. She started working in her parents shop when she was twelve years old. “I didn’t have too many interests at that age, and they put me to work,” Nicole recalls.

The hard work worked! Before long Nicole had fallen in love with the industry — so much so that she enrolled at a local cosmetology school, where she excelled.

Nicole graduated in 1999, and began a long-term career that would prove to be both capricious, and totally gratifying in the end. “I worked for my mother for a short while, but I wanted to spread my wings,” says Nicole. From the family salon, she bounced around between three different studios, never quite finding her place.

“Honestly, I always wanted to own; I wanted to be my own boss because I don’t like listening to people,” Nicole says with a laugh.

After putting in her time as an hourly employee, Nicole decided to try something folks in New York didn’t typically do: she rented a booth from a salon owner. Technically she was in business for herself — but Nicole says, “The set-up wasn’t exactly ideal.”

Still, Nicole worked her butt off, building up her salon business — even wedging her way into the bridal biz. During that time, Nicole’s hard work was recognized when she won the Best of Long Island Award. The stylist also took Wedding Wire’s Couples’ Choice Award in 2014, 2015 and 2016, and its Bride’s Choice Award in 2012.

“The thing I was most proud about was that I was a freelancer, an independent,” says Nicole, noting that other contestants for the aforementioned awards were part of bigger salons.

The positive recognition gave Nicole confidence, and the stylist began co-hosting a YouTube show called Scissor Salute, aimed at uniting barbers and stylists. That was a big step, seeing as Nicole had long thought she was “too shy,” she says, to stand up in front of her peers.

Nicole was already thriving in her line of business when Sola Salons landlord Dan Patyk connected with her on Facebook in 2015. “I always say everything happens for a reason, and he totally contacted me at the right time!”

“Being part of somebody else’s business,” Nicole had discovered, “means you have to roll with their rules.” When Nicole told her mom – the former salon owner – about a new concept coming to Long Island, her mother quickly advised her to, “Go for it!” That was all the encouragement the stylist needed. “She was in the business for so long; she’s my guru,” Nicole says.

Nicole leased a small studio at Sola Salons Port Jefferson Station in May of 2015. “I didn’t want to get in over my head,” she admits. By that October, though, she’d already upgraded to a bigger double studio. She also brought on another stylist — an assistant who recently graduated from beauty school. 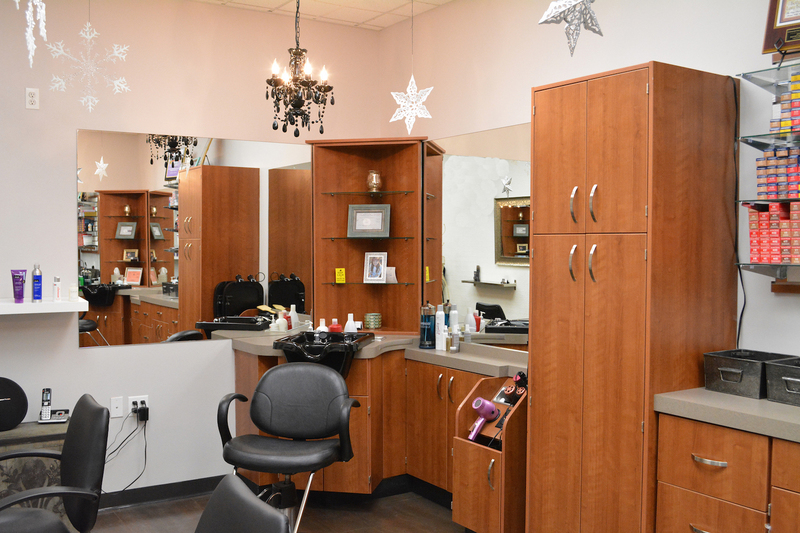 Those decisions to expand directly reflected the substantial growth Nicole saw during her first three months at Sola. “I like setting goals for myself,” she explains. Nicole gave herself one year to add one hundred new clients. “I just wanted to keep track, and see how I was growing,” she says. This January, she hit her hundredth new client, and celebrated the accomplishment with a big giveaway.

“I recommend Sola to anybody thinking about going into business for themselves,” Nicole says candidly. “I love that they make it so easy and affordable to start your own business.” Here’s to another year of nothing but good vibes for Nicole!